The Transition Partners met one last time on December the 10th at the final meeting held in the beautiful premises of the Malta Stock Exchange, the project leader.

The partners reviewed the entire production of intellectual outputs agreeing that the products can be considered substantially completed, except for some minor changes of a graphic nature. The partners also finalised a further product, not foreseen in the initial project, a publication illustrating the main applications in various industrial sectors of blockchain-related technologies.

The meeting ended after agreeing on how to handle the final reporting phase.

All partners were very enthusiastic about the experience and will certainly try to work together again on new project ideas. 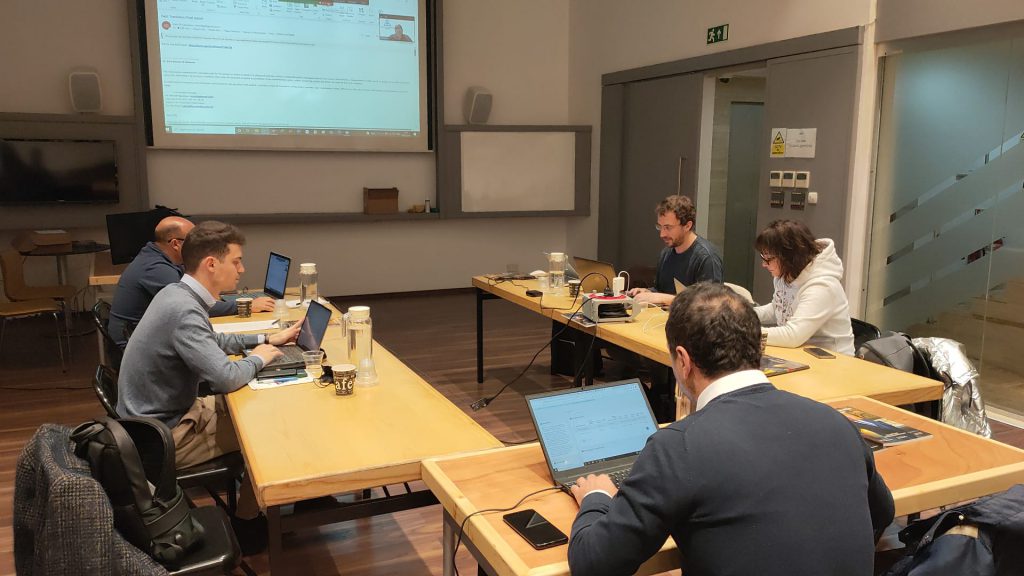 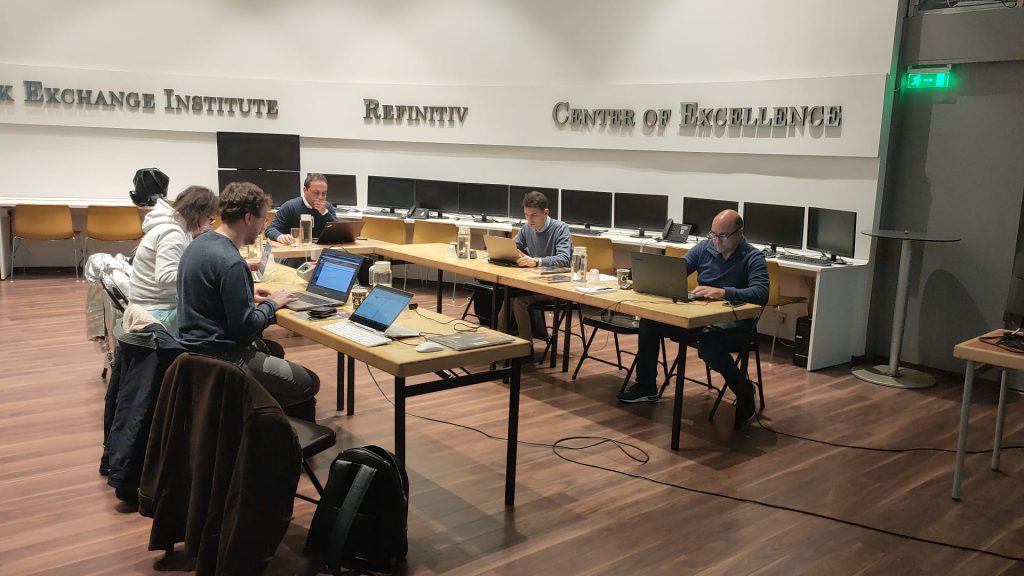 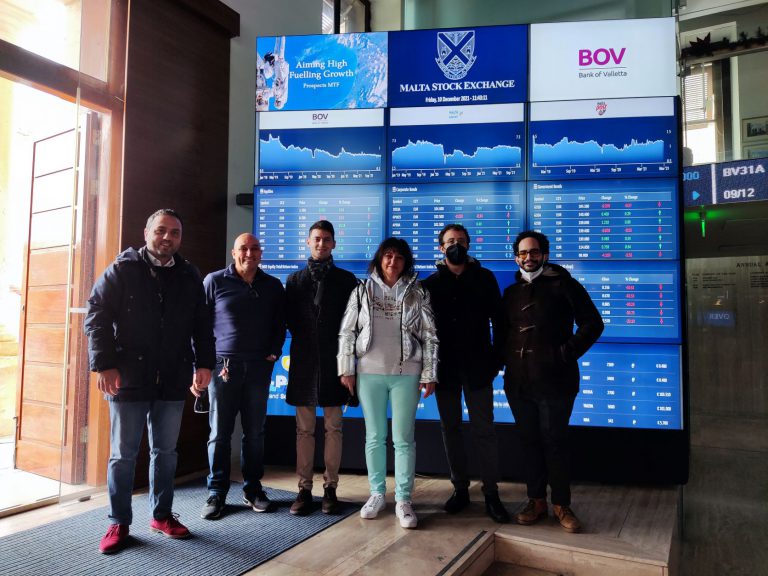 The last multiplier event of the Transition project took place on 8 November, simultaneously in three different locations and online on Zoom. The event was held simultaneously online and broadcast in three different locations (Brussels, The Hague and Milan) to three live audiences, with different speakers illustrating the results achieved so far by the project.Particular attention was given to the educational material contained in the Blockchain Advanced course for entrepreneurs, which is the third intellectual product of the Transition project.Each project partner illustrated its contribution to the developed learning materials and explained how these could be useful to the target groups designated by the project and reused in future training courses.The meeting was enriched by the final intervention of Alexander Pfeiffer, an expert on blockchain technologies and their impact on game-based education and learning assessment. It is possible to download his interesting presentation here.The event gathered a large number of participants from all three locations and a good interest was shown by the number of users connected directly online. 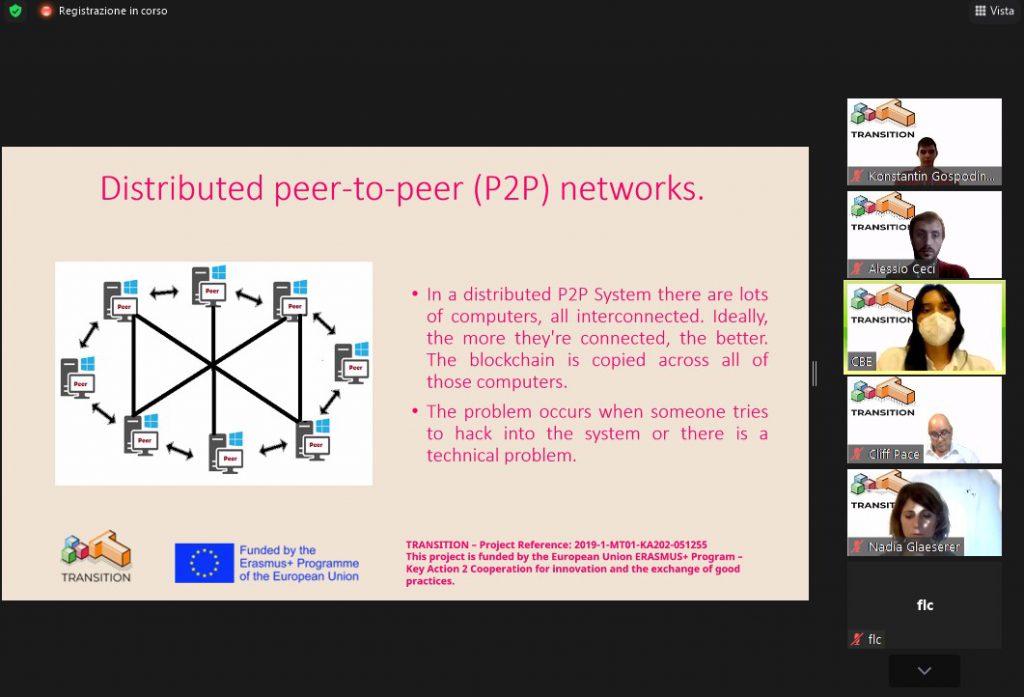 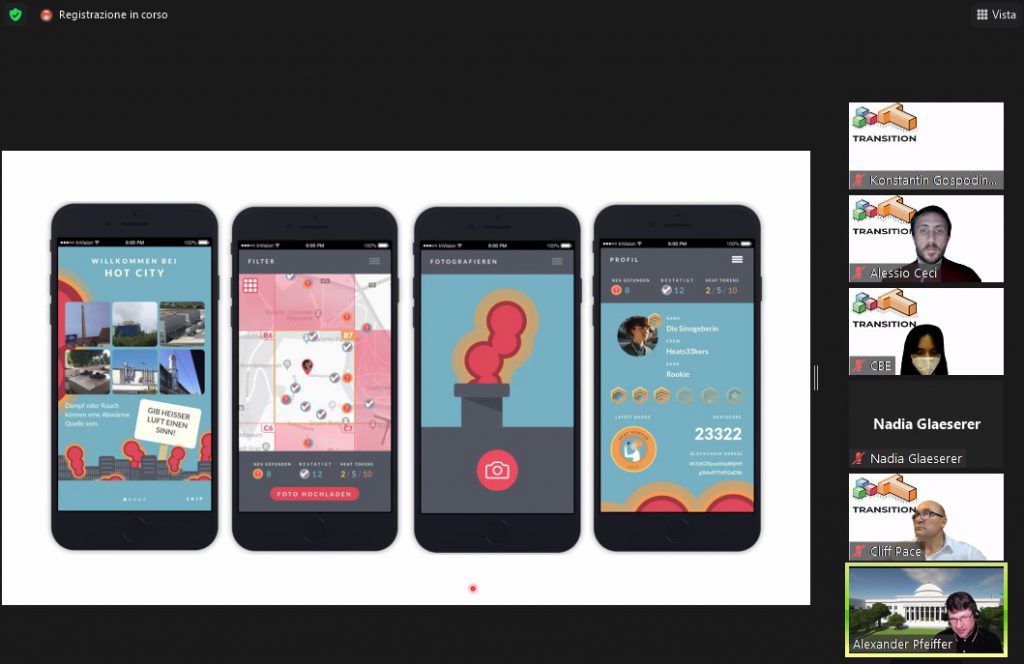 On 2 and 3 September, the Transition project consortium met in Ancona at the FVB-The Hive partner’s premises to discuss the status of the project and the next steps to be taken.

The partnership carried out a comprehensive review of the outputs produced so far and took the last decisions necessary for the completion of the third intellectual output – the specialised course on blockchain and digital ledgers for entrepreneurs.

The meeting also outlined the guidelines for the next multiplier events and the learning activity to be held in The Hague next month.

After a fruitful discussion, the partners agreed to meet in Malta for the last meeting of the Transition project. 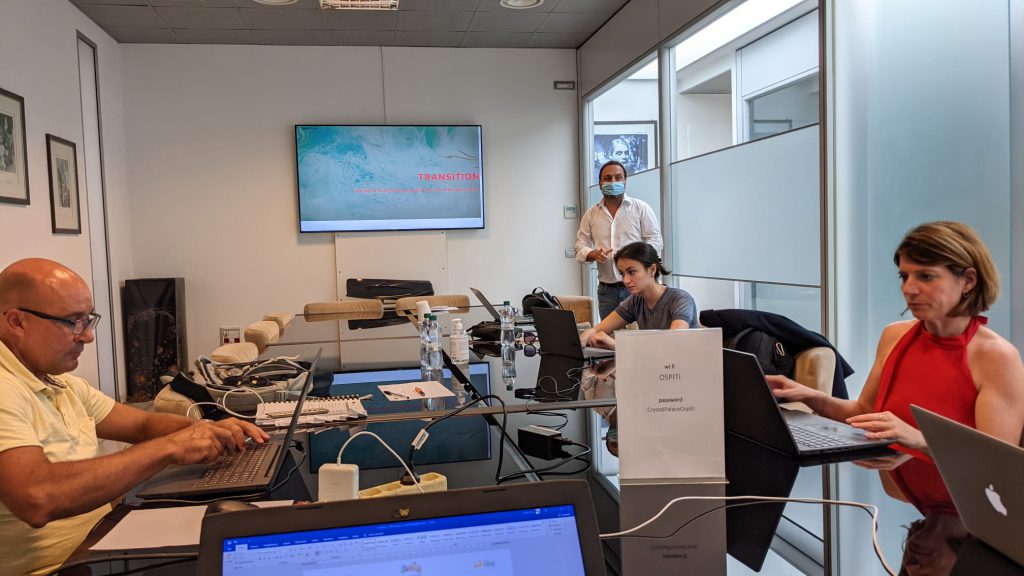 The EU believes that blockchain technology when properly used can provide significant benefits to European industry, the European economy, and to European society as a whole. For this reason, the European Commission is supporting blockchain on the policy, legal and regulatory, and funding fronts.

Blockchain technology allows people and organisations who may not know or trust each other to collectively agree on and permanently record information without a third-party authority. By creating trust in data in ways that were not possible before, blockchain has the potential to revolutionise how we share information and carry out transactions online.

The most significant elements of the European Commission’s blockchain strategy include:

The first step in your career as an entrepreneur in the digital / blockchain sector is here!

The partners of the Transition project present you the essential modules that will allow you to understand what is really needed to be a good entrepreneur from the very first moment.

What do you need to do to start an entrepreneurial activity? How to raise funds? How to set up your business plan? How to put together a competitive team to achieve your goals?

Before you dive into the world of blockchain and make the most of these innovative technologies, you will have to answer these and other questions about your future business.

The course will help you to do just that with targeted lessons summarised in handy slides, and text-based learning material to support each lesson.

The course is freely accessible on our website in the TOOLS section: https://www.transition-project.eu/tools/

The Blockchain Knowledge Space is here!

The consortium of the Transition project is proud to announce the creation of our first intellectual output, the Blockchain Knowledge space repository!

Anyone interested in learning more about blockchain and digital ledgers can go to the relevant section of our website and find a wealth of information. In addition to the many articles and insights you will find a series of case studies of small, medium and large companies that have used blockchain as a core technology in their development.

We hope that this virtual place of knowledge will be the starting point for many training experiences and the creation of new companies in the new digital era! 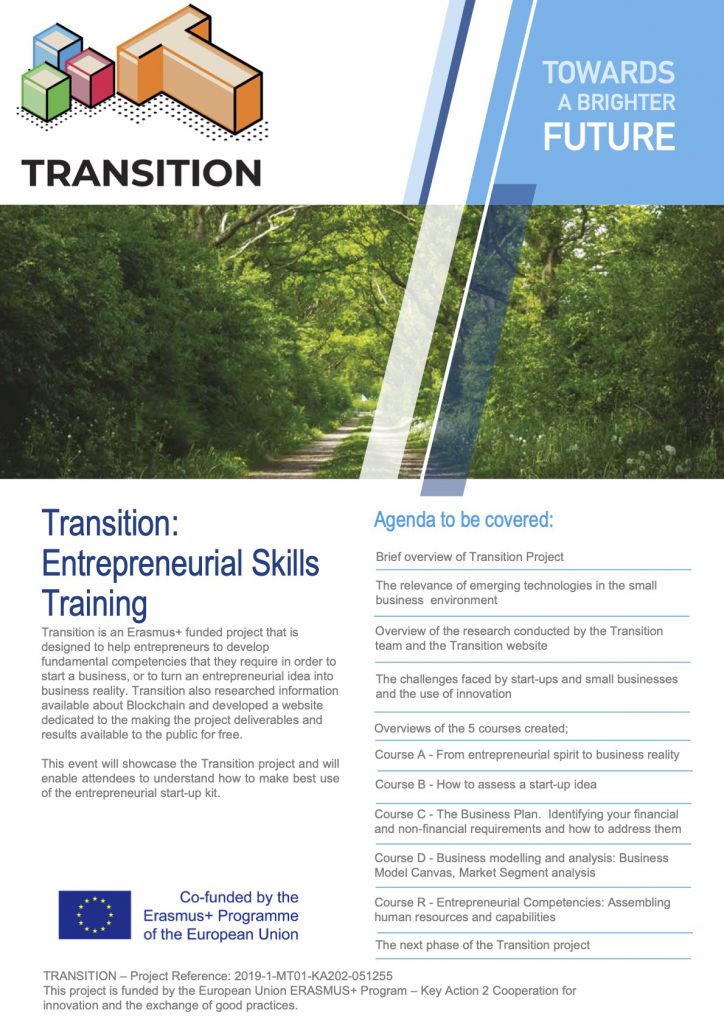 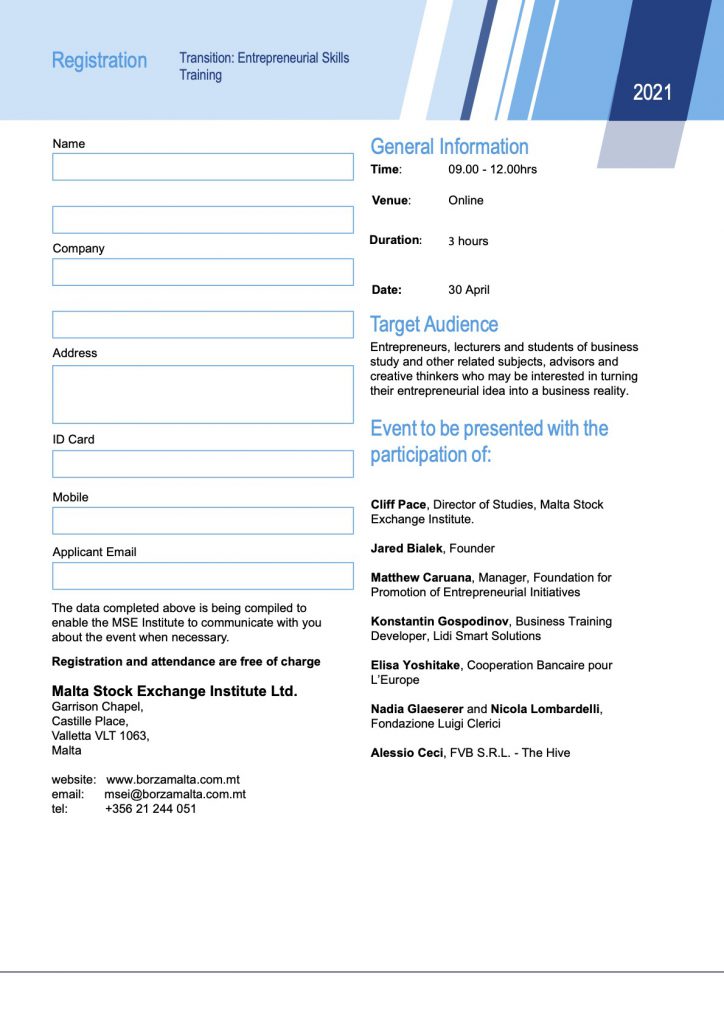